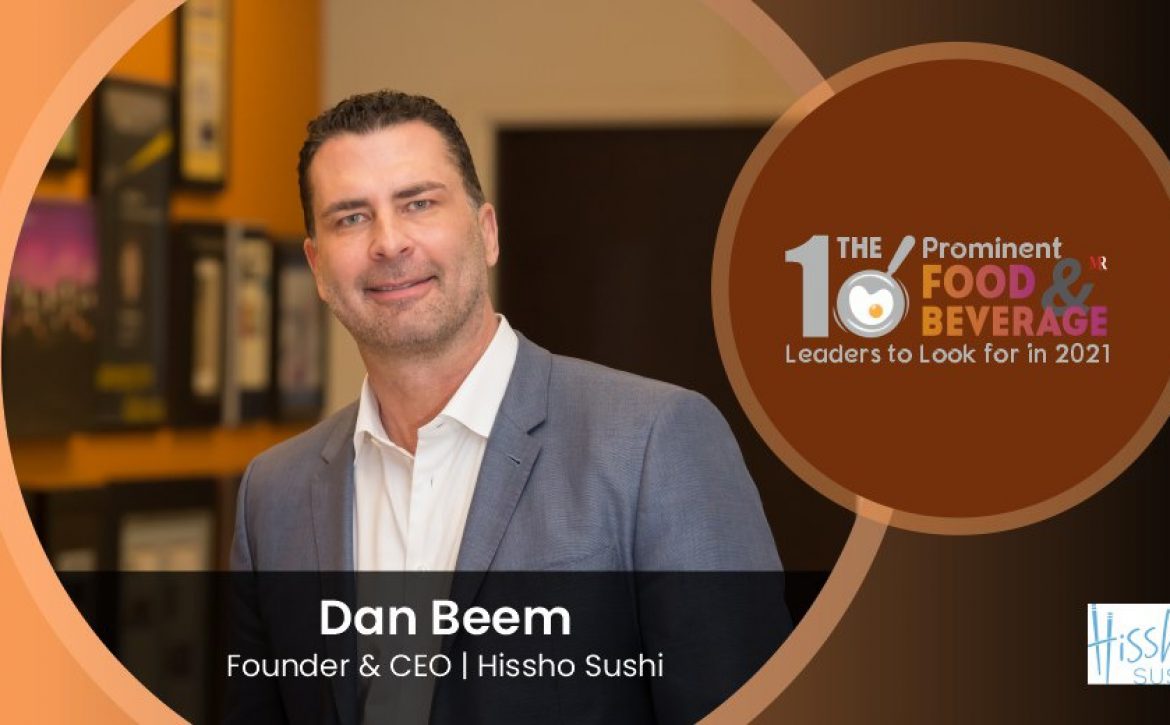 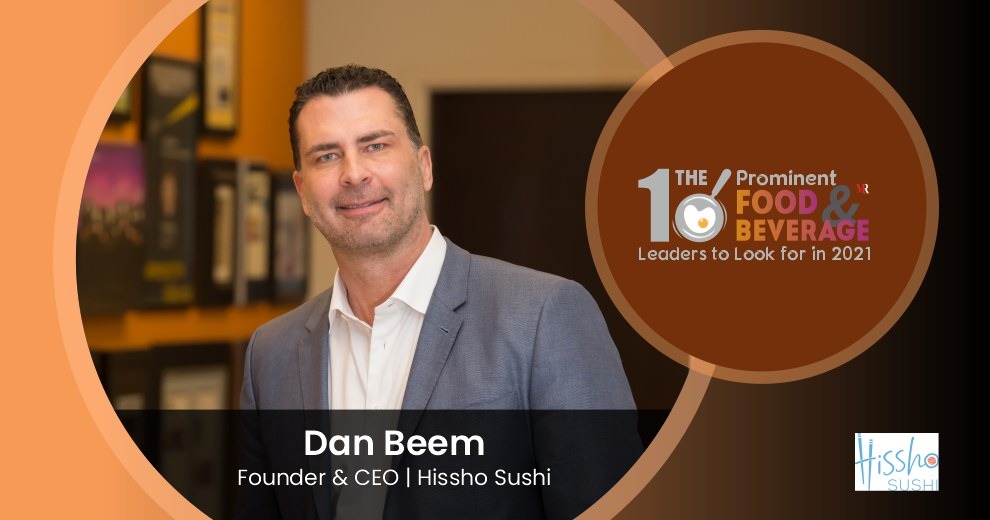 In the past few years, the food and beverages industry has undergone radical changes. Today’s customers are looking for grab-and-go meals that can accommodate their busy lifestyles, while also delivering on taste and trend. Making innovation a top priority, Dan Beem (စီအီးအို at Hissho ဆူရှီ) is ensuring that the company is catering to these needs. Dan is a dedicated visionary who leads on strong accountability and a customer-focused mindset, with a proven track record of success in expansion, growth, and brand transformation. He is pursuing his vision as a CEO of Hissho Sushi.

Most Innovative and Fresh Sushi Rolls

Hissho Sushi was established in 1998 on the east coast in Charlotte, North Carolina. However, in just a few years, the company went on to gain ground in states across the US. Presently, Hissho Sushi has evolved to become the second-largest sushi vendor in the country. The company is strategic about the partnerships and opportunities it brings to the local communities. Hissho Sushi’s mission is to provide its customers with innovative flavors that feature only responsibly sourced seafood. Hissho’s offerings are made fresh daily by expertly trained sushi chefs, making delicious, high-quality sushi more accessible than ever.

Over the years, Hissho Sushi has realized that its mission goes well beyond providing people with amazing sushi. “We are dedicated to answering the call to action to be a responsible community partner. That is why we purchase all our seafood from responsibly sourced suppliers that share the same passion for the long-term well-being of the species and our oceans,” said Dan.

Since 2017, Dan has been serving as the CEO at Hissho Sushi, and has leveraged his more than 20 years of experience in the restaurant and food industry to drive the company’s growth. He has held CEO and President Leadership positions at companies such as Krispy Kreme, Cold Stone Creamery, and Kahala Brands. During his years as Krispy Kreme’s President of International and Global Development, he helped significantly expand the company’s footprint including its business in the Asia Pacific, Latin America, Europe, the Middle East, and Africa.

After joining Hissho as a CEO, his focus has been on the company’s growth, and nearly doubling its locations to more than 1800 across 42 states, including local grocery stores, hospitals, universities, airports, military installations, and more. In 2019, he oversaw one of Hissho’s biggest partnerships to date –unveiling new concept ‘Hissho on the go’ inside 28 Walmarts in and around Charlotte, N.C. Moreover, this year, it opened the Hissho Sushi & Craft Beer Bar in Walmart’s flagship store in Rogers, Arkansas.

Being the CEO, Dan is committed to making responsible sourcing a long term goal for Hissho Sushi. He strives to improve the environment by maintaining 100 percent responsible seafood sourcing standards through strict supplier purchasing and approval processes, and prohibiting the inclusion of species that are considered under threat. Additionally, it has been Dan’s passion to help give everyone on the team a chance to attain their dreams.

Dan has worked relentlessly to create a positive work culture by partnering with each member of the Hissho team to work toward the company’s vision. He directly works with the leadership team to create opportunities that allow team members to achieve their goals both personally and professionally. For instance, a Tuition Assistance Program – that can be utilized by both employees and franchisees to continue their education.

“What we continue to hear from our customers and retail partners is they want, need, and expect us to be the solution for the meal they don’t have time to plan for and prepare,” asserts Dan. He adds that Hissho’s customers and retail partners play an integral role in the company’s growth and success. He ensures the company works with retailers who are focused on innovation and constantly looking for ways to evolve the shopping experience.

Connecting with Employees and Partners

The world was taken aback by the outbreak of the COVID-19 pandemic in March. The sectors in which Hissho operates were severely impacted as college campuses started closing down, people stopped traveling through the airport, and companies sent their employees home and operated remotely. Thus, knowing that the franchisees are the heartbeat of its business, the company had to put initiatives in place that would protect its franchisees.

Consequently, Dan and his team came together and put all of their efforts into the company’s inline sushi bars in grocery stores across the country. For him, this meant connecting with employees to understand their needs during the crisis and connecting with the partners to reevaluate timelines, processes, and possibilities. “I’ve found that if I meet the team members and partners where they are, rather than where I want them to be, it creates trust that’s needed on both ends to perform at the highest level and continue wonderful partnerships,” Dan added.

Dan believes that as technology continues to evolve, there will be a plethora of opportunities for the food and beverages industry. Hissho is excited for the growth and evolution of how shoppers approach deli entrees and prepared meals. Aiming to make the most of the opportunities ahead, Hissho Sushi is prepared to stand out as a leader in the industry and create its own path for others to follow. “It’s certainly a new challenge for me, and I’ve found that there is no perfect formula –but at the end of the day, we’re in it together and we’re navigating it together,” concludes Dan. 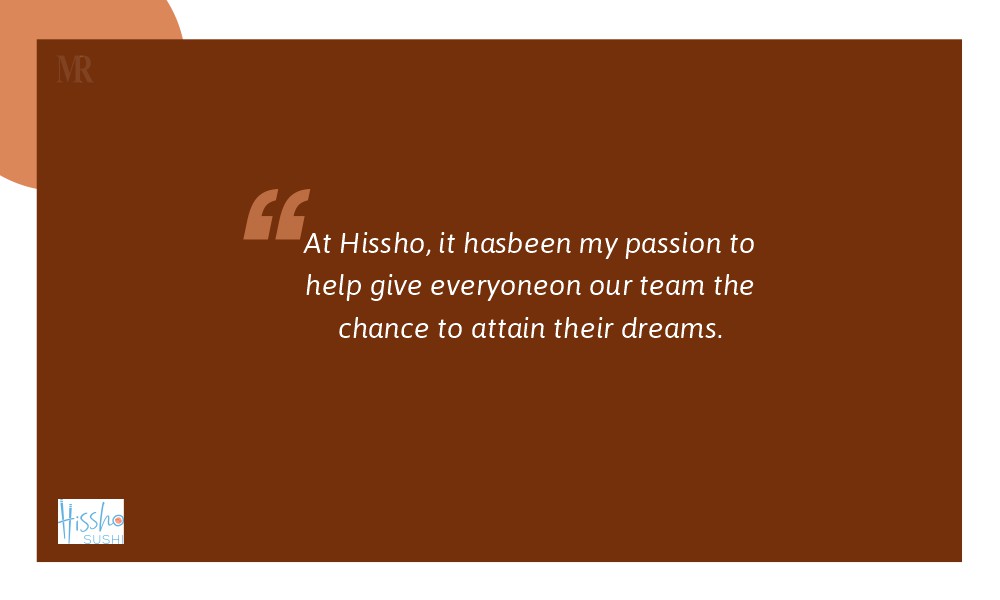 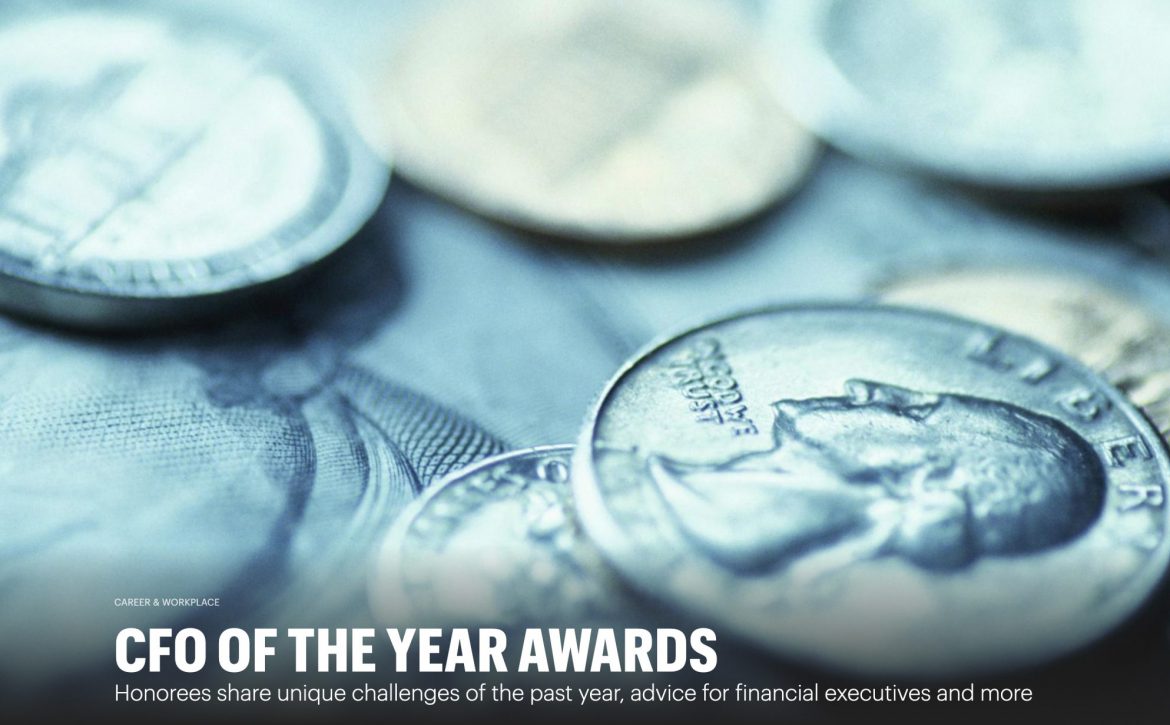 Your responsibilities: I lead finance, accounting, supply chain and M&A.

Number of employees: More than 80 local; more than 250 total

Unique challenge of the past year:

Like everyone, the pandemic has been a challenge for our business; however, we were able to come together as a team to drive cost savings as well as generate creative promotional programs to improve sales results. While our business is not fully back to pre-pandemic sales in all channels, we are pleased with where we are today.

Advice to an aspiring CFO:

Take time to understand the underlying drivers of financial performance at your company so you can explain what the company needs to do to improve performance. A good finance leader does not just report news (i.e. make sure the numbers are correct and accurate); they impact future performance by helping educate others about changes they can make to help improve results and drive better returns.

Who or what made you successful?

I think having a blend of finance, strategy and business experience in my past roles has helped set me up for success. I tried to look for opportunities to take on a new challenge or move into a new area of the business because it helped me gain new experiences that increased my knowledge base or allowed me to develop a new skillset. This also enables me to look at key decisions from both the business side and the finance side so I can provide a balanced opinion to our team.